Some say the goal is to shoot in a more realistic setting, while others talk about how to save on cost. But I’ve found the advantages of shooting on a Brooklyn sound stage rental greatly outweigh the benefits of shooting on location. And here are my reasons why!

First and foremost, you can take advantage of soundproofing. Not only does this decrease the amount of ADR in postproduction, but it also permits the sound team to capture more genuine dialog. The lighting team also benefits thanks to the catwalks and grids present on the stage. This gives the team more control over the film’s look, which is constantly altered by the time of day during a location shoot.

Using a Brooklyn sound stage rental provides a certain level of security by reducing the number of onlookers’ or noisy fans. A higher level of security also helps keep information from seeping prior to the marketing team’s release date. 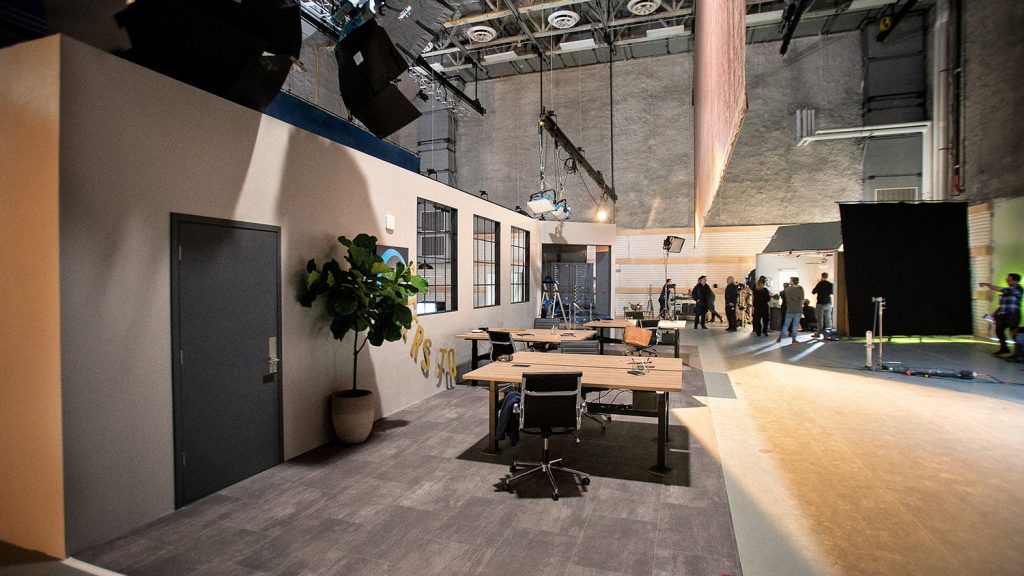 A set built on a Brooklyn sound stage looks exactly as it was designed and it can have moveable walls to give the camera all the space it needs. Some directors also take advantage of the prebuilt sets for rehearsals.

Most times on a Brooklyn sound stage rental you have plenty of facilities, workshops, cafes, and offices. This allows the team to save on travel time and provides various necessities during a long day of shooting. And when the sound stage lacks some needed accouterments, trailers can be located nearby covering every possibility.

I’ve never worked on a film that didn’t require a return to a certain set for pick up shots or a reshoot. If everything is housed in a soundstage, then the set is readily accessible the moment the team is running ahead of schedule. Or, should a rainy day hit the exterior schedule, the team can retreat to the stage to keep the shooting schedule within reason.

I could go on about the list of benefits to shooting at a Brooklyn sound stage but until you’ve experienced it for yourself, you have no idea how much easier life can be.